Garden in the Desert 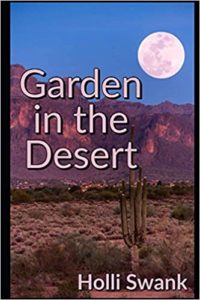 Riley Carson’s life had been flipped onto its head with the disappearance of his girlfriend, Kamryn McKay. All the dreams they had talked about for years were thrown out the window when her parents were killed and she fled Chicago without a trace.

Now, Riley’s one obsession was to find out where she was. He had loved her too long to give up on her, no matter the cost. It seemed like a hopeless mission, but he was prepared to throw all of his money and energy into the task.

Riley was determined to make sure that true love won this time despite all the odds being against him.

Buy on Amazon
Go to Top